Sultry Days of Blood and Angels is a story for the modern romantic longing for the past. The film, an adaptation of Tess Nottebohm’s sweeping novel of the same title, tells the story of Annette, a woman who wants more than anything to escape her mundane life trapped in a corner office. A work trip to New Orleans turns into anything but business as usual and opens Annette’s eyes to a whole new world of experience. She finds herself quite literally living in the past, unearthing a story from an old diary that makes Annette come alive in a way she has never known. As the labyrinthine tale unfolds, she discovers she is far more than a spectator in the story and must negotiate her way through lust, murder, and the voodoo of a legendary priestess whose power transcends time. 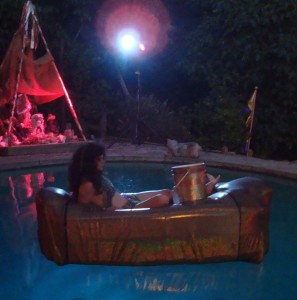